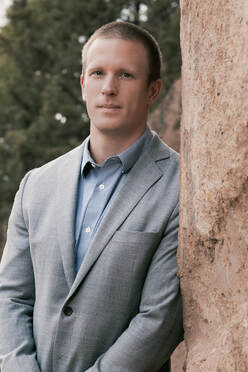 Attorney Ben Seiken
Ben is a litigator who has worked at several law firms in Oregon of varying sizes as well as a statewide nonprofit.  Because of these diverse experiences, Ben appreciates the human element presented in each dispute.  Ben believes that understanding the motivations, assumptions, and past experiences of his clients as well as adverse parties and attorneys is necessary to reaching an optimal resolution to the problems facing each client.  Ben’s focus on people has consistently resulted in outcomes that save his clients time and money, and, most importantly, allows his clients to resume their lives and businesses.

Ben received his Bachelor of Arts degree in political science from Rhodes College in Memphis, Tennessee.  He then attended Lewis and Clark Law School in Portland, where he was a member of the Environmental Law Review and the Business Law Round Table.  While in law school, Ben was also a research assistant working on research topics that examined the complex intersection of bankruptcy and constitutional law.

​After graduating from law school, Ben joined a downtown Portland law firm, where his practice focused on commercial litigation and commercial loan enforcement.  He then worked at a nonprofit, where he advocated for Oregonians with disabilities.  In 2017, Ben took a job as a litigation attorney at the largest law firm in Central Oregon.  In 2020, Ben joined Hinman Law as Of Counsel.

Ben is a member of the Litigation, Debtor-Credit, and Solo & Small Firm Sections of the Oregon State Bar.  Ben is admitted to practice law in Oregon as well as the United States District and Bankruptcy Courts for the State of Oregon.

Ben is a retired professional CrossFitTM athlete.  After spending far too much time indoors training, Ben now enjoys all the outdoor opportunities Central Oregon has to offer.  Ben enjoys exploring Central Oregon hiking trails with his wife Amy and cowdog Auggie as well as standup paddle boarding.  When he can’t get outside, Ben reads books and watches documentaries on modern African and Asian history.